Recently I had a task to replace a disk in my server that was throwing many smart errors to my email. It was actually an indicator that the disk is failing. Maybe not as critical as it seemed because it is a mirrored disk.  But i didn't like it when it happened.

The error I got in my email as below:

This message was generated by the smartd daemon running on:

The following warning/error was logged by the smartd daemon:

You can also use the smartctl utility for further investigation.
The original message about this issue was sent at Sun Jan 13 02:43:43 2019 +08
Another message will be sent in 24 hours if the problem persists.

To replace the disk, since I use mega RAID card, I have to use megacli utility for removal of the old disk and to replace with the new disk

These commands should be run before disk removal: 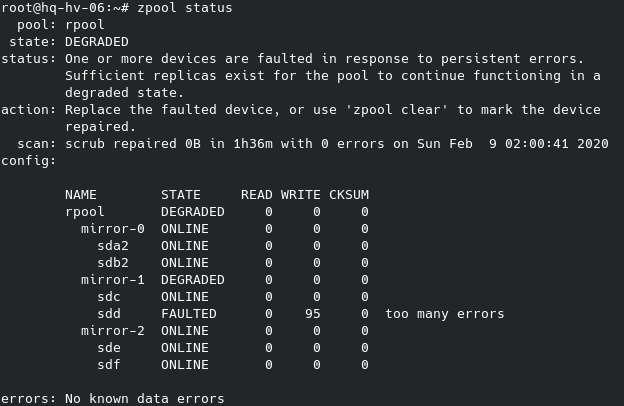 Let the server detects the disk and check the info of the disk by running :

The you run this command to create virtual disk:

and you can also use megaclisas-status command :

The output is as below:

But, If you get this error:

Run this command the find what disk cause the cache:


Adapter #0
Virtual Drive(Target ID 03): Preserved Cache Data Cleared.
Exit Code: 0x00
Then you can run the command above to create a virtual disk.
Then run megaclisas-status again to check whether the virtual disk is created
If it is successfully created, for zfs, run command to replace the disk:
zpool replace rpool /dev/sdd
(if the disk is sdd) and if it is successful, it will start the resilvering process 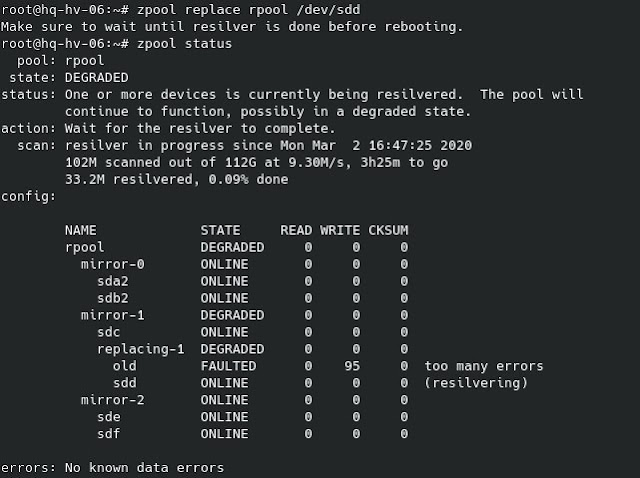 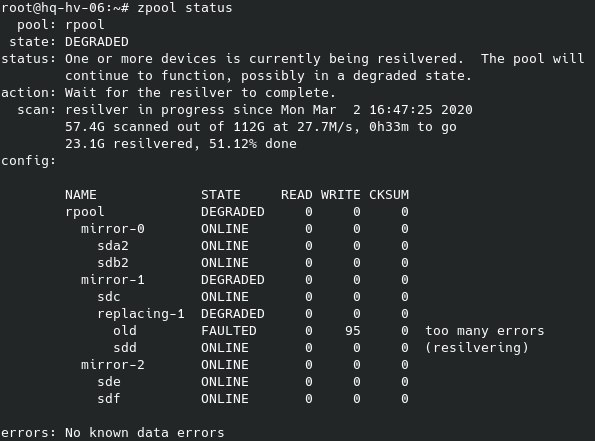 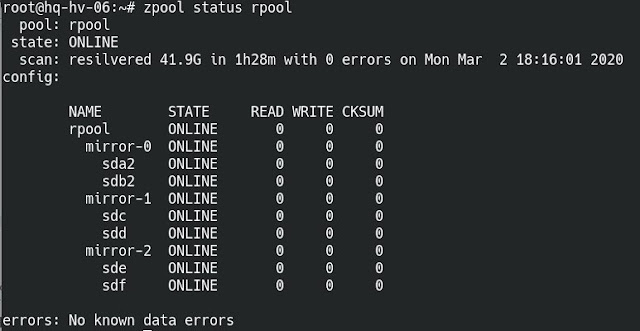 That's all there is to it

If you use Ubuntu 16.04 or Ubuntu-Debian derivatives and above, systemd provides an easier way to do time synchronization to time server.

First you have to install ntdate package:


Secondly, you have to edit /etc/systemd/timesyncd.conf and add your prefered time server to sync to:

Save the file and restart the time synchronization service:


To check the status:

Run this command as zimbra:


Substitute the hostname with yours.

That's all there is to it.